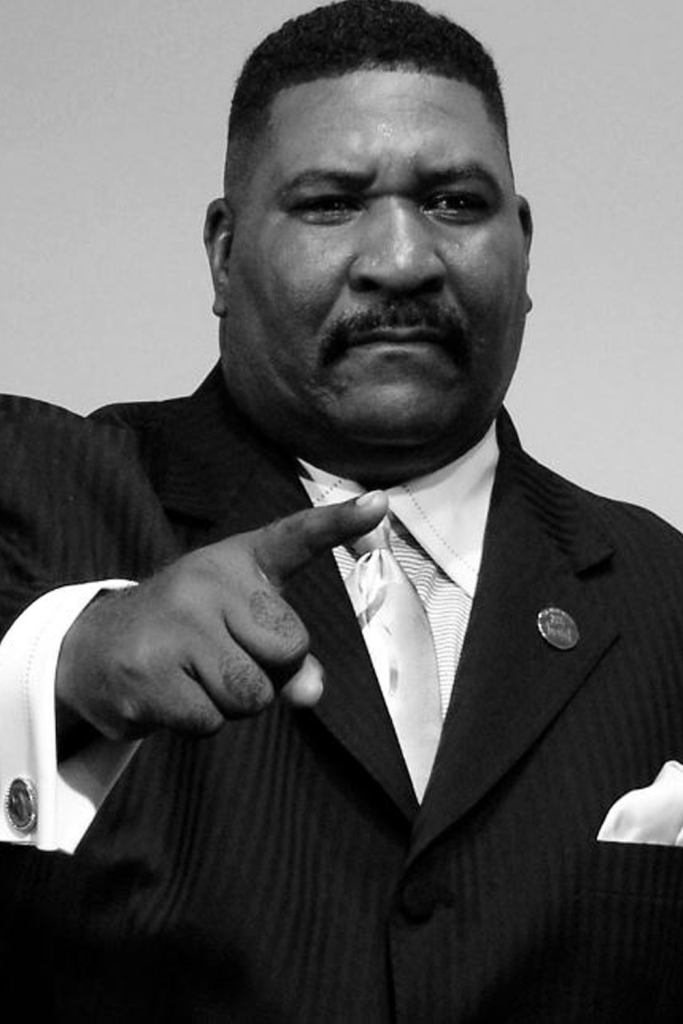 Men accepting responsibility to make their communities a safe and peaceful place to live. Due to serious economical time there has been an increase of gun violence and crime with most of its victims being women and children. The safety of the women, children and elderly in the community must be paramount.

There must be a collective effort from all religious, social, law enforcement and grass root organizations to bring peace to these communities. Peace is the common denominator that allows us to transcend above our religious, political and racial differences.

We all want Peace in our homes, community and in the world. But there is no Peace when there is no justice. We must work hard to establish justice for all regardless of class, greed, or color. Where there is Love and harmony there is Peace of mind. We believe when peace is present, violence is absent. Peace is not just the absence of war or violence, but peace is the absence of conflicts, and all conflicts are not violent.

We all must as Peacekeepers eliminate these conflicts so that we can together to create an environment of peace.

I Am Present for Peace!

“Many in the law enforcement and public safety regard Capt Dennis Muhammad as a leading authority and much-sought-after speaker on bridging the gap between community and law enforcement in the areas of cultural diversity and racial profile training. His enthusiasm helps him to quickly connect with people and make an impact on them to take action.

Capt Muhammad has over thirty-five years of experience as a law enforcement consultant, public safety, and executive protection. His career services include training over 15 police departments in cultural diversity and emotional survival training, 25 schools under the Safe School Healthy Initiative which include over 2,000 students being taught how to obey and respect authority.  As the Founder of the At-One/ENOTA Initiative, Capt Muhammad has been responsible for bringing both law enforcement and the community together to help reduce crime and gun violence in cities throughout the US and the United Kingdom.

He is the founder of “The Peacekeepers Global Initiative” which teaches citizens whose communities are plagued by gun violence and crime to patrol their neighborhood along with law enforcement.

Capt Muhammad is a chief of The Bedford- Stuyvesant Volunteer Ambulance Corps in Brooklyn, NY. His commitment in getting the community to respect law enforcement has earned him the praise and respect around the country from police chiefs including former chief of patrol of the NYPD Nicholas Estevello and Bill Morange who invited Capt Muhammad to observe the new training being offered to the NYPD titled Verbal Judo to give his opinion of the training. He has an honorary doctrine degree in humanitarian and Social work.

Capt Muhammad invited by Miami Beach Chief of Police, Donald Delucca, to address over 80 police officers at a strategy meeting, including representatives from Miami Dade County Police and the United States Justice Department to help bridge the gap between the police and Hip Hop artists during the Hip Hop Source Awards which was known for violence, no incidents occurred and as a result, he was given an honorary Miami Beach Police Badge.

Capt Dennis Muhammad was hired by rap mogul and founder of Def Jam records Russell Simmons as his Chief Security Consultant for his 2004 (Get out to Vote) Hip Hop Summit tour which took place in 28 cities, and over 1 million new voters registered for the 2004 presidential elections the highest voter registration in the nation’s history. Today Mr. Muhammad is still currently Chief security for Russell Simmons.  Capt. Muhammad was the principal organizer, advisor, and consultant for the 10,000 men called to action with the help of community leaders and Philadelphia Police Commissioner Sylvester Johnson, It was the largest gathering of men called to action for Peace in the city of Philadelphia.

Capt. Muhammad has hosted many barbershop talks to create dialogue for today’s youth, men, and women to discuss the increase concerning youth gun violence, police beatings and controversial shooting of unarmed black men and economic empowerment that will create jobs and opportunities as well as a mass voter’s registration from the barbershops.

Capt. Muhammad is currently in the process of writing his first book on Community Policing in the 21st Century.

Want to Become a PK?